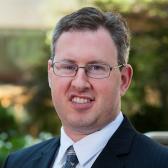 Dan’s practice focuses upon representation of banks and other creditors in commercial lending and work-out matters, finding creative and cost-effective ways to secure payment of his clients’ claims. He is familiar with the unique Rhode Island receivership process, bankruptcy proceedings in chapters 7, 11, and 13 of the U.S. Bankruptcy Code, and various other venues.