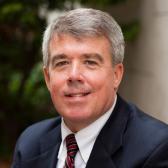 Dennis is an experienced trial lawyer who has been a shareholder in the firm since 1990. He has a varied and broad practice that includes medical malpractice, business, commercial, tort, products liability and employment litigation, primarily representing defendants.

His clients include individuals, partnerships, local companies and large national corporations. Other areas of his practice include contract litigation, construction litigation and partnership disputes.