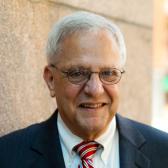 American Board of Trial Advocates

In addition to trying cases, David advises doctors, dentists and hospitals in the areas of risk management, credentialing and general liability concerns. He also represents health care professionals before the Board of Pharmacy, Board of Nursing and the Board of Medical Licensure and Discipline.