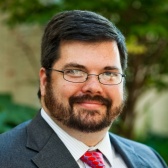 James was selected for inclusion on the list of Rhode Island Rising Stars by Super Lawyers from 2010 through 2016.

James helps clients with all facets of labor and employment law.  His practice ranges from counseling clients on day to day personnel matters to assisting them with major challenges, such as collective bargaining negotiations, reductions in force and outsourcing.

In addition to labor and employment matters, James represents clients in business disputes and other litigation matters.  He also undertakes much of the firm’s appellate practice and regularly appears before the Rhode Island Supreme Court and the First Circuit Court of Appeals.