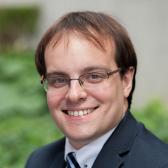 James is an accomplished civil litigator focusing on the defense of medical and other professionals in both state and federal courts in Rhode Island and Massachusetts.  In addition, James is regularly called upon to represent professionals before licensing and administrative boards.  He is also involved in the representation of non-party witnesses and experts.

James also has experience in other areas of civil litigation and regularly provides counsel to businesses regarding contract interpretation and employment issues.

Furthermore, James has appellate experience, having been involved with a number of matters before the Rhode Island Supreme Court and the First Circuit Court of Appeals.